History and Cities of Lagos, Nigeria

Lagos, city and chief port, Lagos state, Nigeria. Until 1975 it was the capital of Lagos state, and until December 1991 it was the federal capital of Nigeria. Ikeja replaced Lagos as the state capital, and Abuja replaced Lagos as the federal capital. Lagos, however, remained the unofficial seat of many government agencies. The city’s population is centred on Lagos Island, in Lagos Lagoon, on the Bight of Benin in the Gulf of Guinea. Lagos is Nigeria’s largest city and one of the largest in sub-Saharan Africa.

By the late 15th century Lagos Island had been settled by Yoruba fishermen and hunters, who called it Oko. The area was dominated by the kingdom of Benin, which called it Eko, from the late 16th century to the mid-19th century.

The Portuguese first landed on Lagos Island in 1472. Trade developed slowly, however, until the Portuguese were granted a series of asientos de negros—monopolies to sell slaves in the Spanish Americas—a century later. The local obas (kings) enjoyed good relations with the Portuguese, who called the island Onim (and later Lagos) and established a flourishing slave trade.  British attempts to suppress the slave trade culminated in 1851 in a naval attack on Lagos and the deposition of the oba. The slave trade continued, however, until Lagos came under British control in 1861. 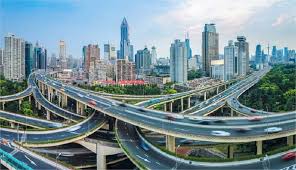 History And Cities Of Lagos, Nigeria

Originally governed as a British crown colony, Lagos was part of the United Kingdom’s West African Settlements from 1866 to 1874, when it became part of the Gold Coast Colony (modern Ghana). In 1886 it again achieved separate status under a British governor, and in 1906 it was amalgamated with the Protectorate of Southern Nigeria. When Southern and Northern Nigeria were amalgamated in 1914, Lagos was made the capital of the Colony and Protectorate of Nigeria. In 1954 most of the hinterland was incorporated into the region of Western Nigeria, while the city itself was designated as federal territory. In 1960 Lagos became the capital of independent Nigeria. Control of its hinterland was returned to the city in 1967 with the creation of Lagos state. After 1975 a new national capital, centrally situated near Abuja, was developed to replace Lagos, which by then suffered from slums, environmental pollution, and traffic congestion. 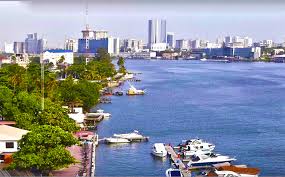 History And Cities Of Lagos, Nigeria

The topography of Lagos is dominated by its system of islands, sandbars, and lagoons. The city itself sprawls over what used to be the four main islands: Lagos, Iddo (now attached to the mainland), Ikoyi (now attached to Lagos Island), and Victoria (now the tip of the Lekki Peninsula); because of land reclamation efforts over the years, some of the original main islands are no longer true islands. A system of bridges connect some of Lagos’s islands to each other and to the mainland. All the territory is low-lying, the highest point on Lagos Island being only 22 feet (7 metres) above sea level.

The original settlement on the northwestern tip of Lagos Island is now a slum area characterized by narrow streets, poor housing, and overcrowding. The main business district occupies Lagos Island’s southwestern shore and contains an increasing number of multistory buildings. This is the heart of the city, the centre of commerce, finance, administration, and education. The principal manufacturing industries in Lagos include the production of electronics equipment, automobile assembly, food and beverage processing, metalworks, and the production of paints and soap. Textile, cosmetic, and pharmaceutical manufacturing are also economically important. There is a fishing industry as well.

The port of Lagos consists of Apapa Quay, on the mainland, which serves as the principal outlet for Nigeria’s exports. The creeks and lagoons are plied by small coastal craft. The city is the western terminus of the country’s road and railway networks, and the airport at Ikeja provides local and international services.